Human, First Officer of the Mynock Hunter and Gun for Hire 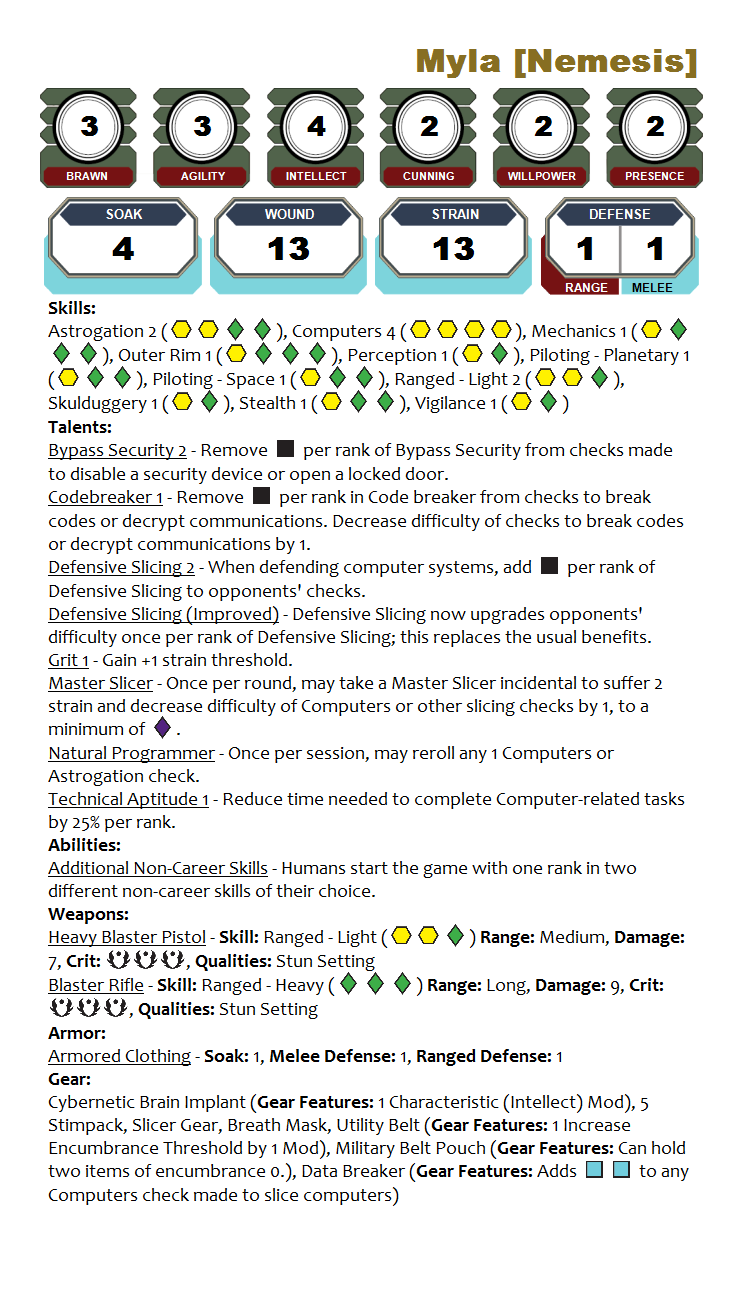 Myla was born to an up and coming noble family on Coruscant. She enjoyed a storybook childhood with loving parents and received a top notch education, eventually attending the famed Imperial Academy on Coruscant where she studied Starship Design and Engineering. While in college, she met Torin Holcom, a guest lecture and Commander in the Imperial Navy.

She became infatuated with him. Soon after the two were involved in an affair that lasted through out the rest of her time at the Academy and beyond. Life couldn’t be better for her. She attended high profile parties, rubbed elbows with the rich and famous, and had the love of her life, if in secret. Their affair likely would have continued had Myla not become pregnant with his son.

Soon after learning that was pregnant, Myla approached Torin, informing him that she carried his child, and asked him legitimize her status by divorcing his wife and marrying him. Torin, who had always been loving and doting, quickly changed into a cold heartless man, saying he would do no such thing, and that he would have her placed into custody until the birth of the child. Fearing for her life, Myla fought back in her attempt to escape, leaving Torin with a large scar across side of his face.

Frightened, Myla knew that she couldn’t go home as Imperial troops would likely be waiting for her there. She found refuge with her closet friend Bredana Alancour. The Alancours, who owned a large shipping business, agreed to hide her until the birth of her child. Once the child was born, Bredana agreed to take the babe on her own, so that he might live a life free of Torin’s control. Myla reluctantly agreed, knowing that it was in the best interest of her child.

After the birth of her baby boy, Bredana placed Myla in contact with Cade Torr, one of her most trusted ship captains. Torr took Myla on as a member of his crew, teaching her how to survive on the run in the galaxy. After two years with Cade, he decided that she had learned all she could from him and that it was time for Myla to strike out on her own. He used his contacts to place her in touch with the Bloodcross, a smuggling ring of renown. As fate would have it, she was accepted into the Bloodcross and assigned to the Mynock Hunter as first officer. 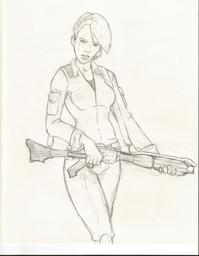