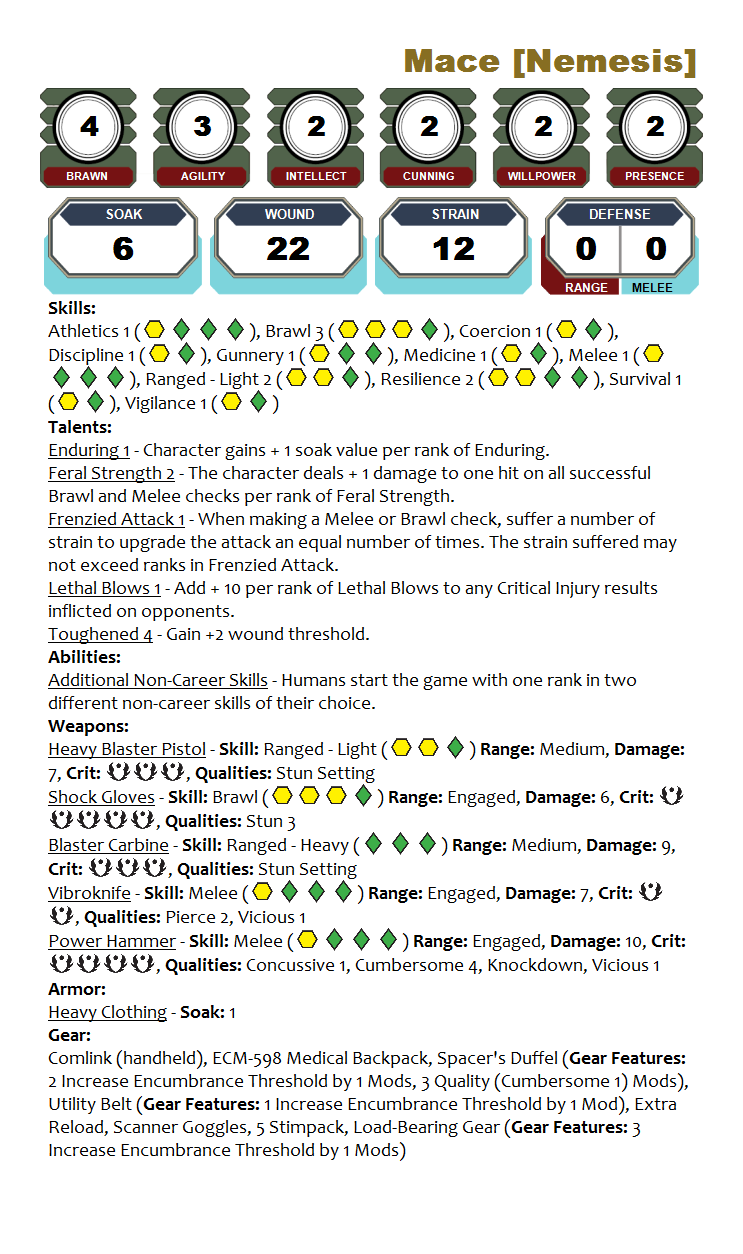 Mace isn’t one to talk about his early years. The most that he has let on is that he grew up on the streets using his impressive size to make a living as a shockboxer, something quite rare for a human. His trade has served him well as he has claimed the title of Raging Gundark Champion, the belt holder of the Underground Shockboxing League Gundark Circuit.

When Mace isn’t boxing, he’s often found with the crew of The Tempest where he works as a gun-for-hire. 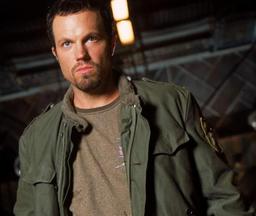