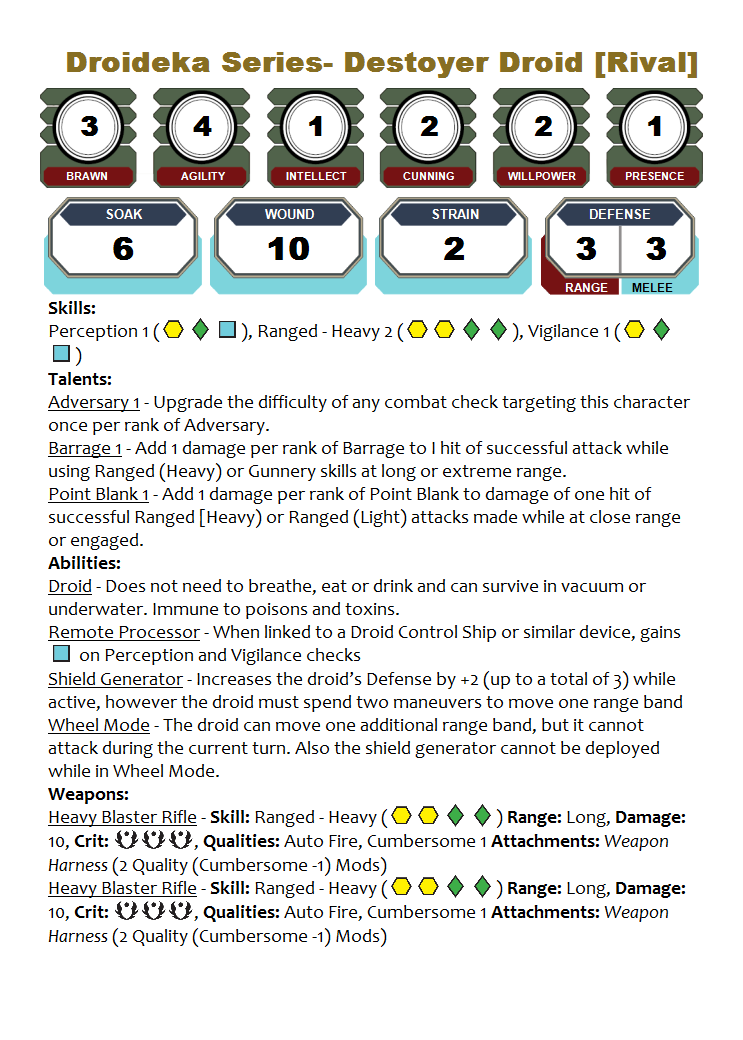 The droideka was designed by the carnivorous Colicoids of Colla IV, who were displeased by the limitations of Baktoid Combat Automata’s basic B1 battle droids, and chiefly manufactured on their homeworld. The Trade Federation traded rare meats to the Colicoids as a way to ease bargaining with the ravenous insectoids, and were able to enjoy special rates on these normally very costly droids. Before the Federation’s defeat following their Invasion of Naboo, these droids were usually slaved to a central control computer. This technique fell out of favor in the aftermath of said battle, however, and they would later function independently like the B2 super battle droids did. Even before that time, the droidekas on Colla IV were not slaved to a central computer, this independence rendering them both much more expensive and much more lethal. What also made them unique to battle droids was that they could roll into position on the battle field and act as a turret.

They were more formidable than the Federation’s more numerous battle droids for several reasons. They were able to transform into a “wheel” configuration, allowing rapid movement and compact storage. When they encountered their targets, each of the bronzium-armored droidekas would unfold into a tripodal weapons platform, armed with a set of two twin blaster cannons which could unleash a withering torrent of firepower. Often, they were also equipped with deflector shield generators. The personal energy shields these projected could endure much punishment, capable of deflecting or absorbing virtually any manner of energy or projectile fire up to the level of a light artillery bolt, as well as rebuffing lightsaber blades and physical attacks. The shields were powered by a starship-class fusion generator housed in a bulb at the junction of the droideka’s legs.

Neris Mikata acquired a Destroyer Droid she affectionately called “Droideka” through her underworld connections. She utilized the droid as her personal body guard and rolling ball of death. The droid served its master faithfully until it was sacrificed to cover he master’s escape after she delivered a thermal detonator to a rival of hers. 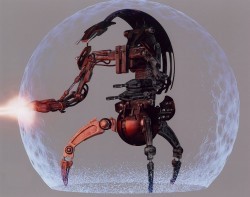